is an artist, illustrator, and product manager.

She's based in Oakland and her work has been featured in The New Yorker and Vogue. Email desk@katie.cm for collaborations.

katie also co-hosts and produces Sweet and Sour, a podcast about being an Asian woman in America. You can find her creative portfolio on Behance. She's built products for Instagram, Medium, The New York Times, NPR, GOOD, and Northwestern's Knight Lab. 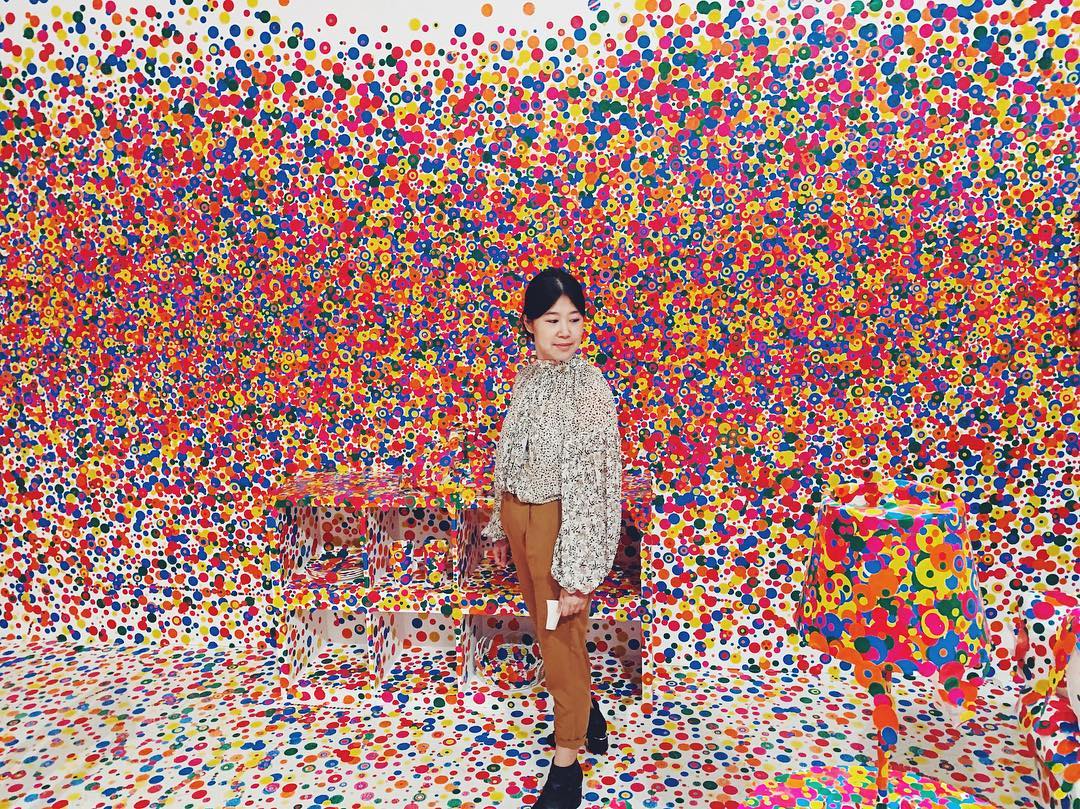 Cognitive Dissonances I'm Comfortable With humorously depicts a series of live-withable contradictions like perpetuating the cycle of toxic envy on Instagram and binge-watching TV while professing a love of reading. 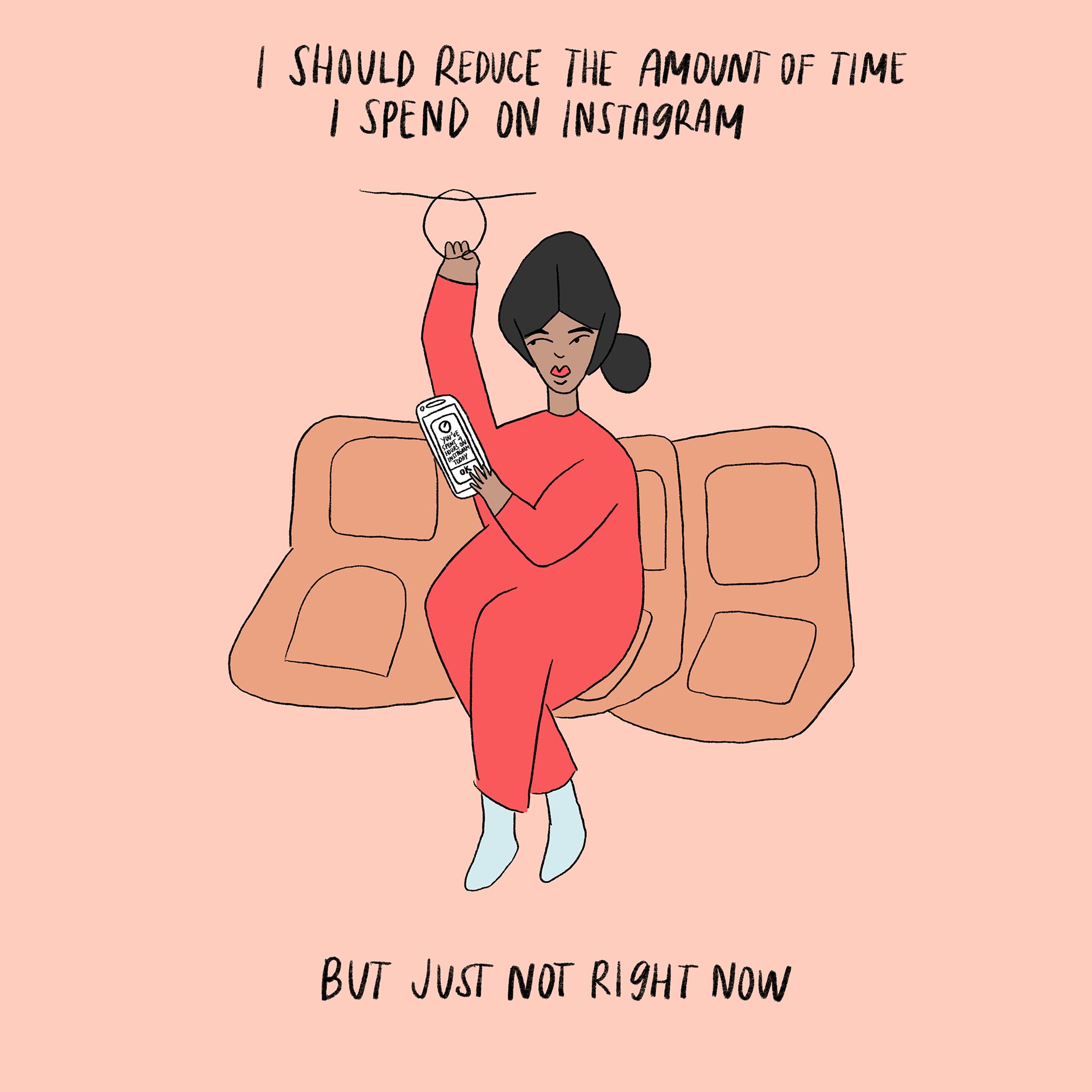 And Not Or is an illustration series started as a self-directed 100 Day Project. The series explores the contradictions, nuances and false dichotomies of everyday life as a woman in America. Too often we wind up putting ourselves or the choices we make into discrete boxes: this OR that. But the line is never that clear. Women contain multitudes. The project was inspired by a speech given by Kelly Corrigan for The Nantucket Project. 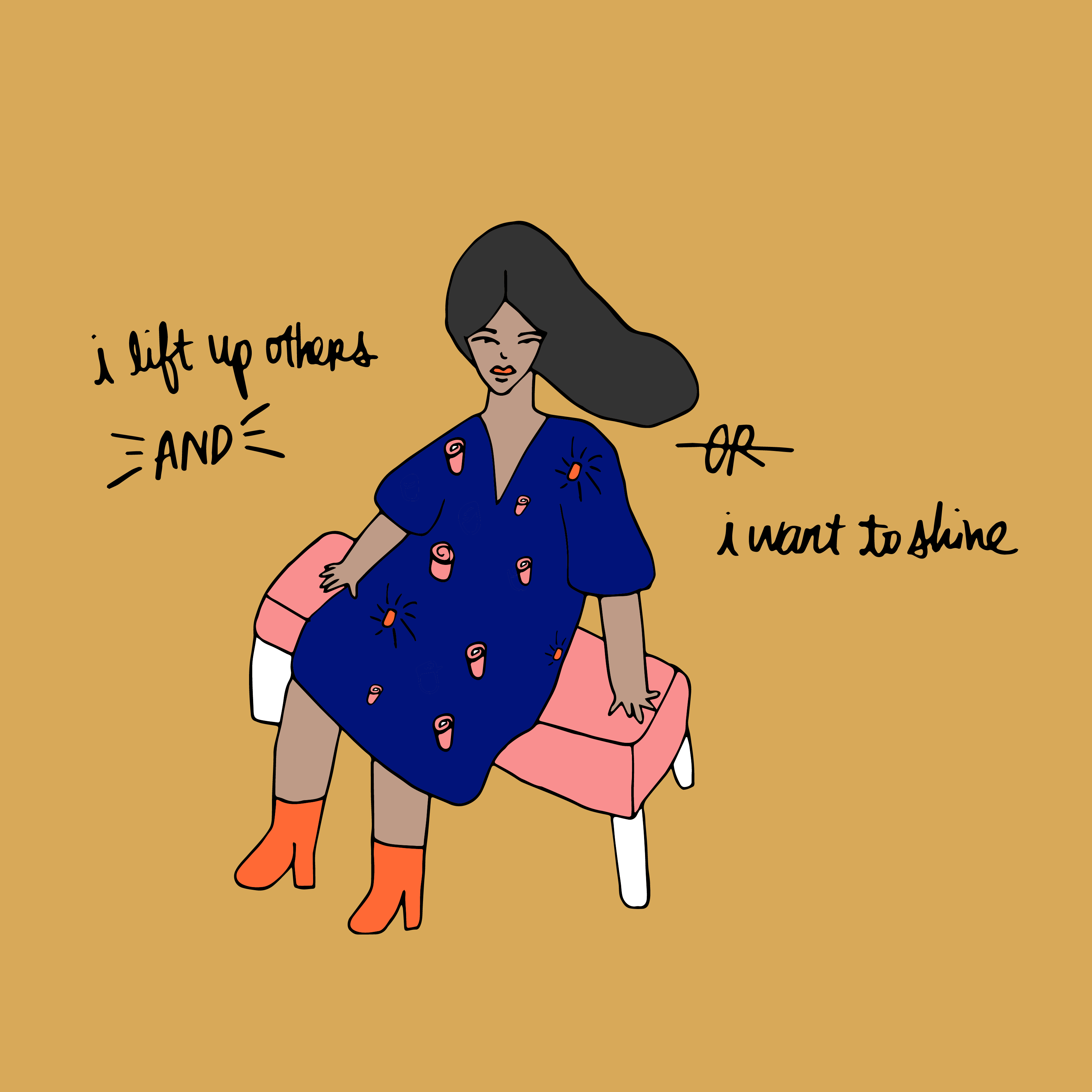 The Outrage commissioned an apparel collection titled "Heroes," with simple line portraits of prominent activists and figures. At the Women's March LA in 2019, actor Marisa Tomei was wearing the Colin Kaepernick t-shirt. 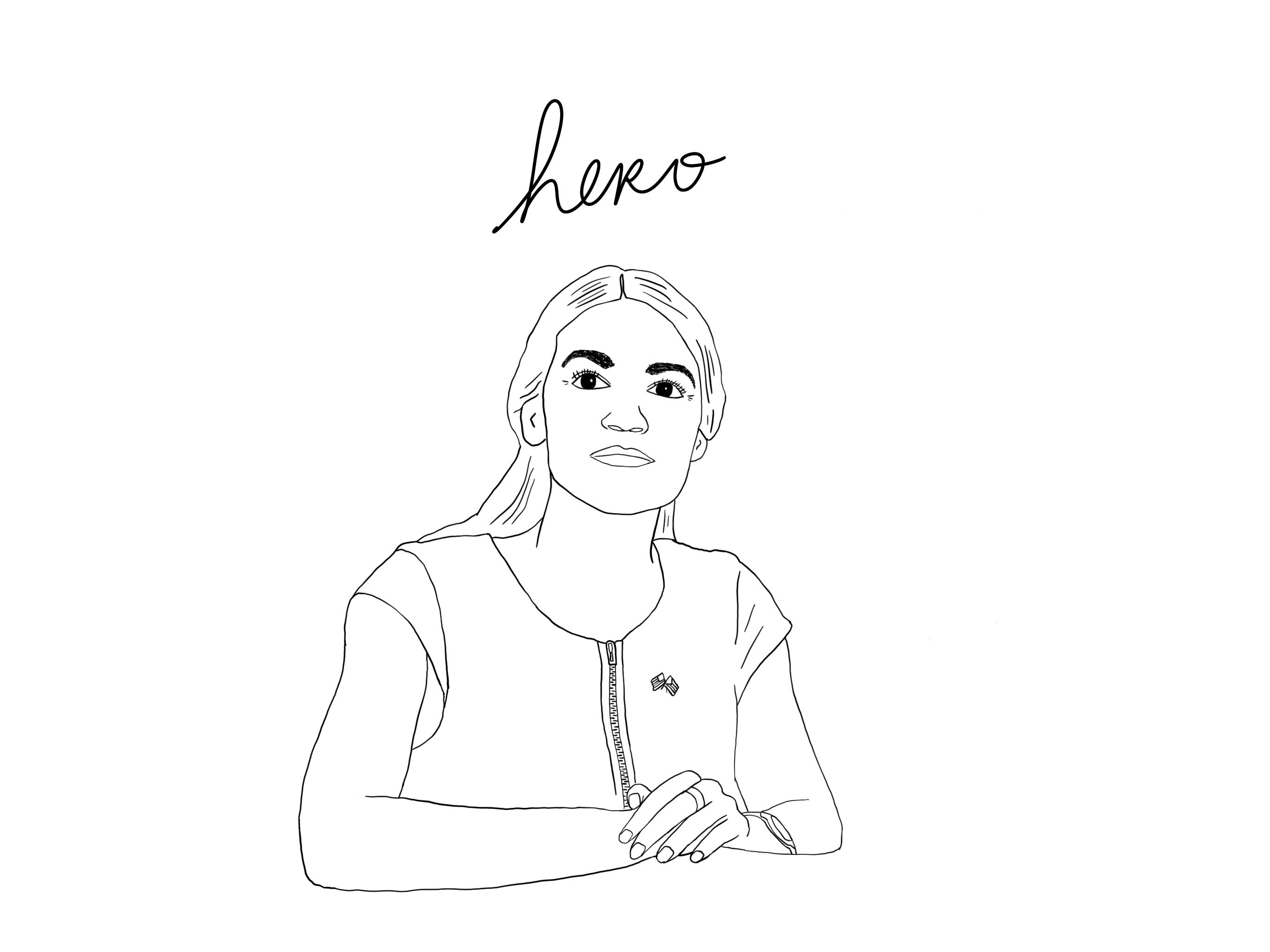 Medium, commissioned a series of editorial illustrations for the launch of their new podcast, Playback. 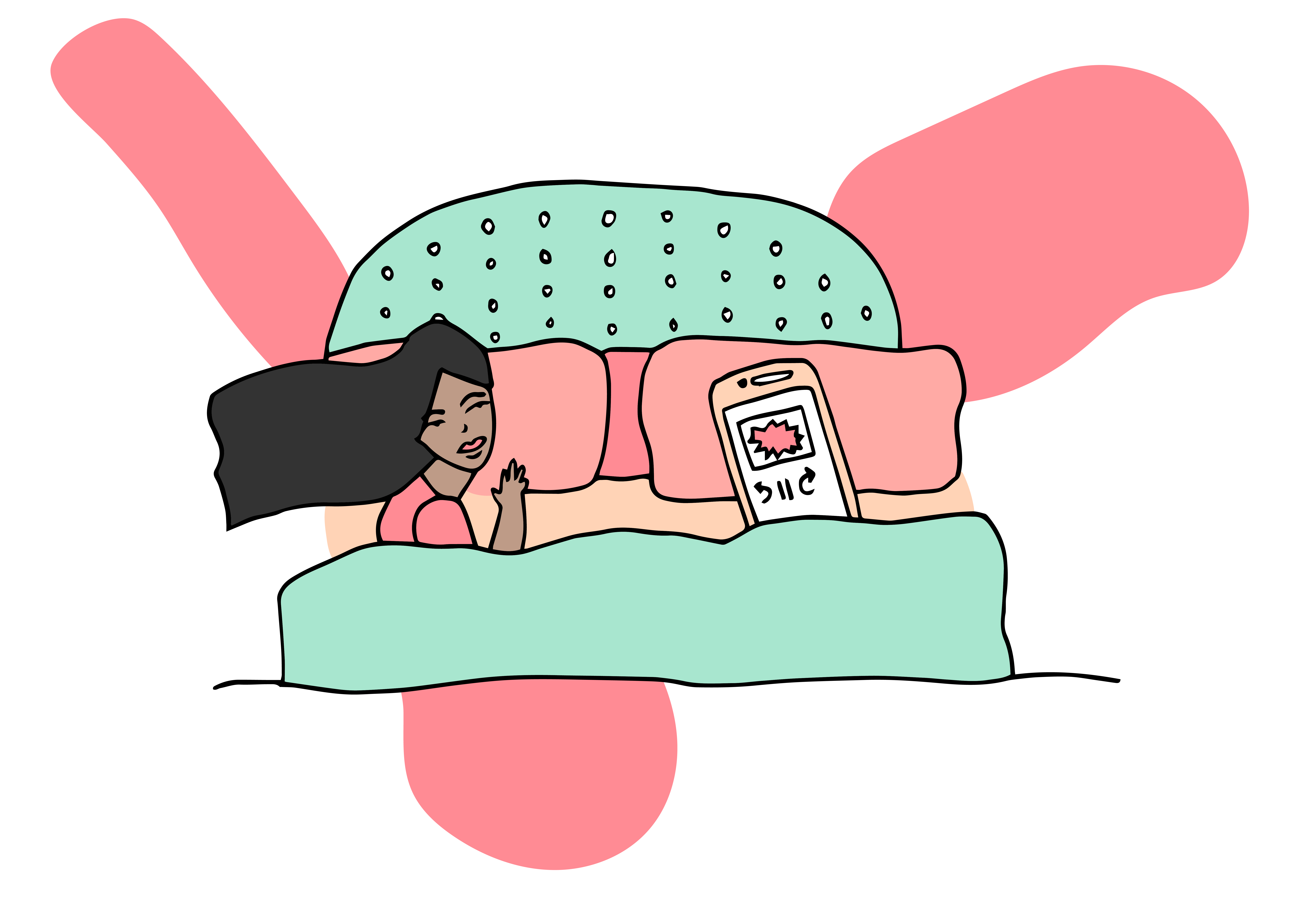 Double Power is a painting featuring two women in symmetry, but each with her own expression of power and dominance. Inspired by the traditional Chinese ornamental sign for 双喜 (Double Happiness), these women are a rejection of the stereotype of Asian women as submissive. 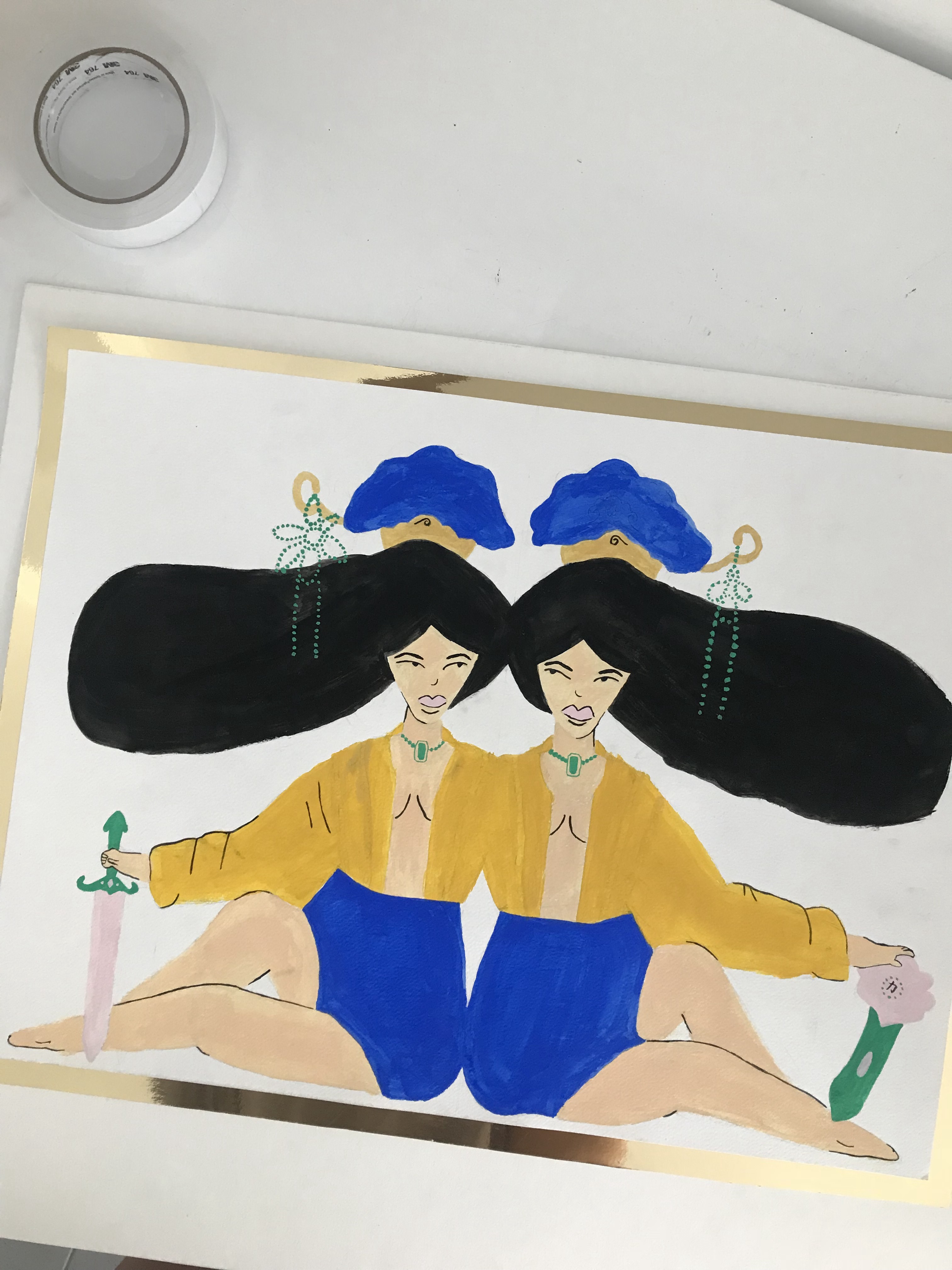 Lucky Number 8 Lucky Number 8 celebrates us as independent women creators who look to share, build, and redistribute wealth and empowerment within our communities. The show features work from Alice Lee, Amy Wibowo, Helen Shewolfe Tseng, and katie zhu. In much of the world, luck is associated with the number 7. But in many Asian cultures, the number 8 is the most auspicious. 八 (bā) sounds similar to 發 (fā), which means "to prosper." The number 88 looks visually similar to 囍, a character meaning "double happiness" that often appears in celebratory ornamentation. 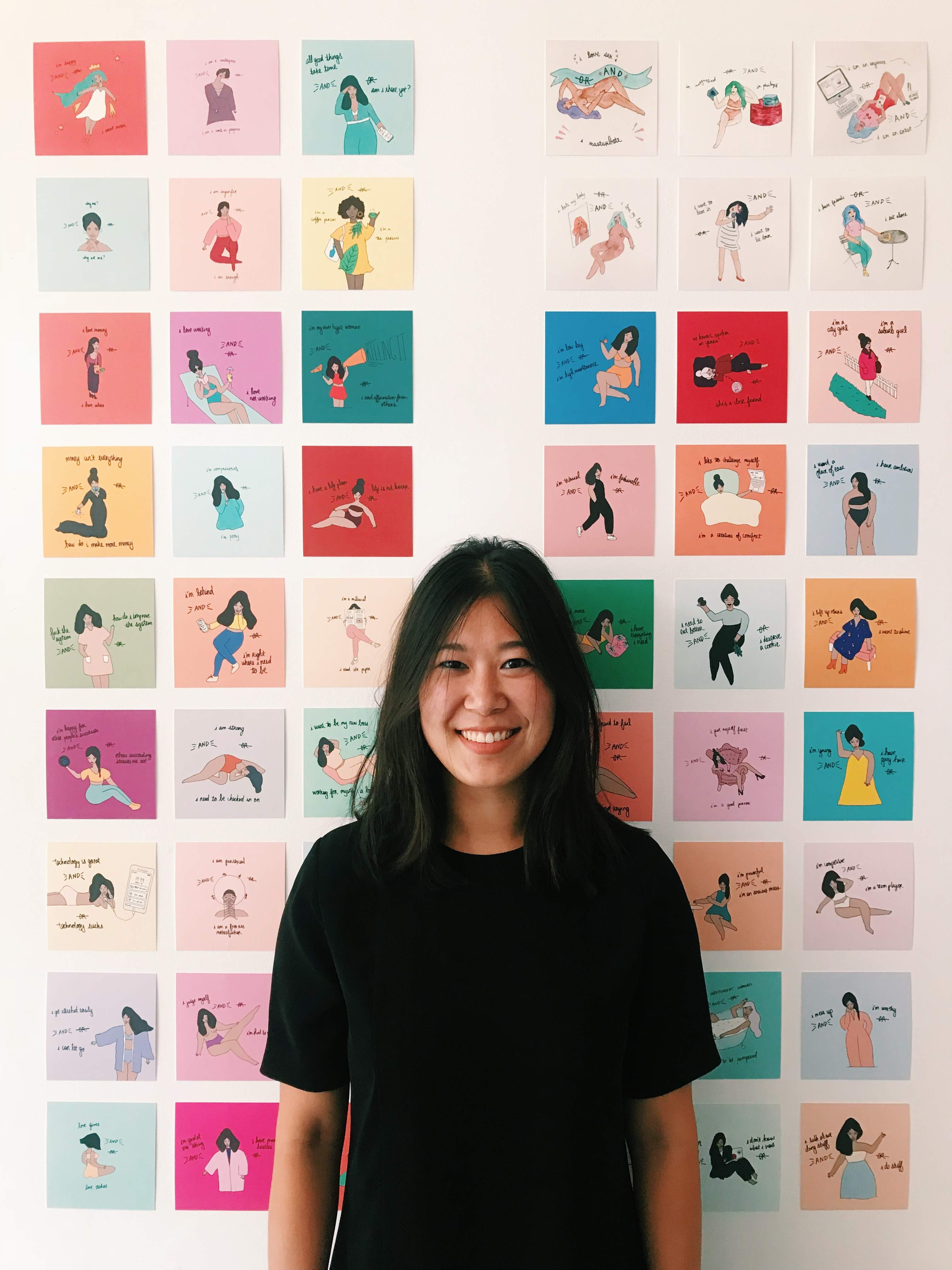 The Outrage commissioned a hand-lettered illustration for a sign in their DC office. 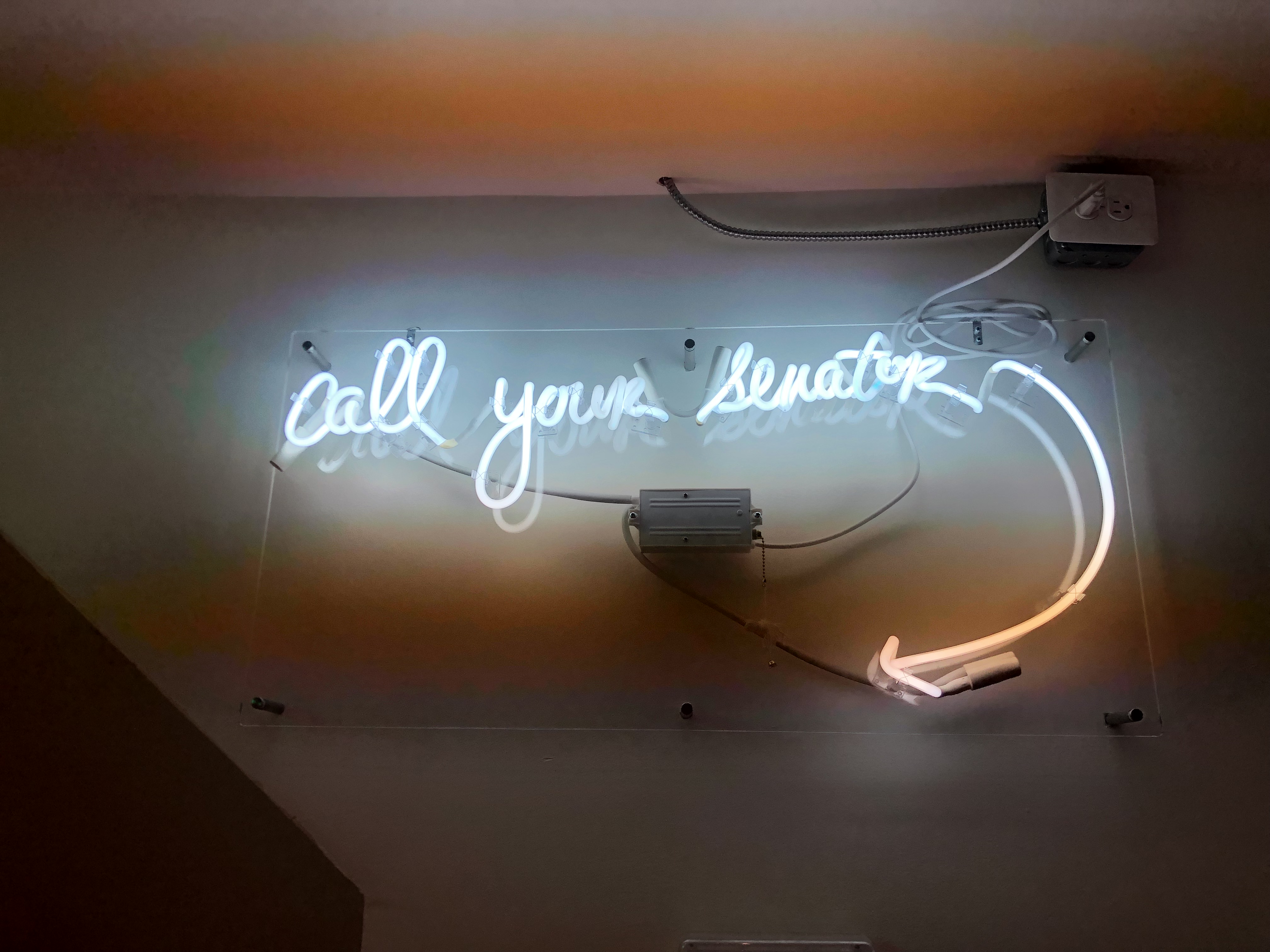 The Moment, a clean beauty and wellness brand, commissioned a series around redefining beauty standards: challenging the societal definitions and expectations of what we’ve been taught to view as “beautiful.” The illustrations play on a handwritten, edited style. 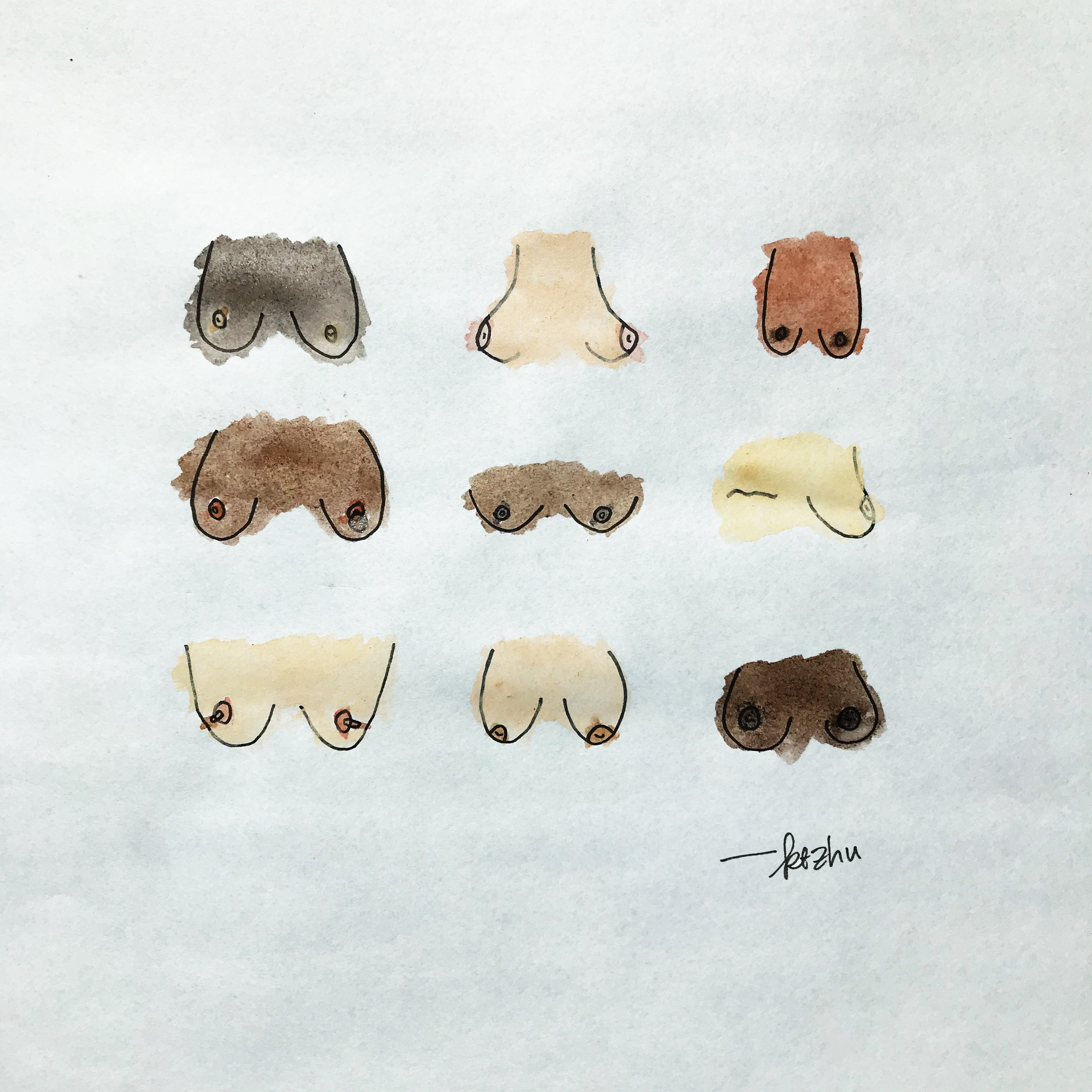 Sweet & Sour, a podcast my sister Nicole and I host needed episode cover art. This episode featured Lulu Cheng, where she discussed the attribute "大方" that her grandma recommended when evaluating potential dates. 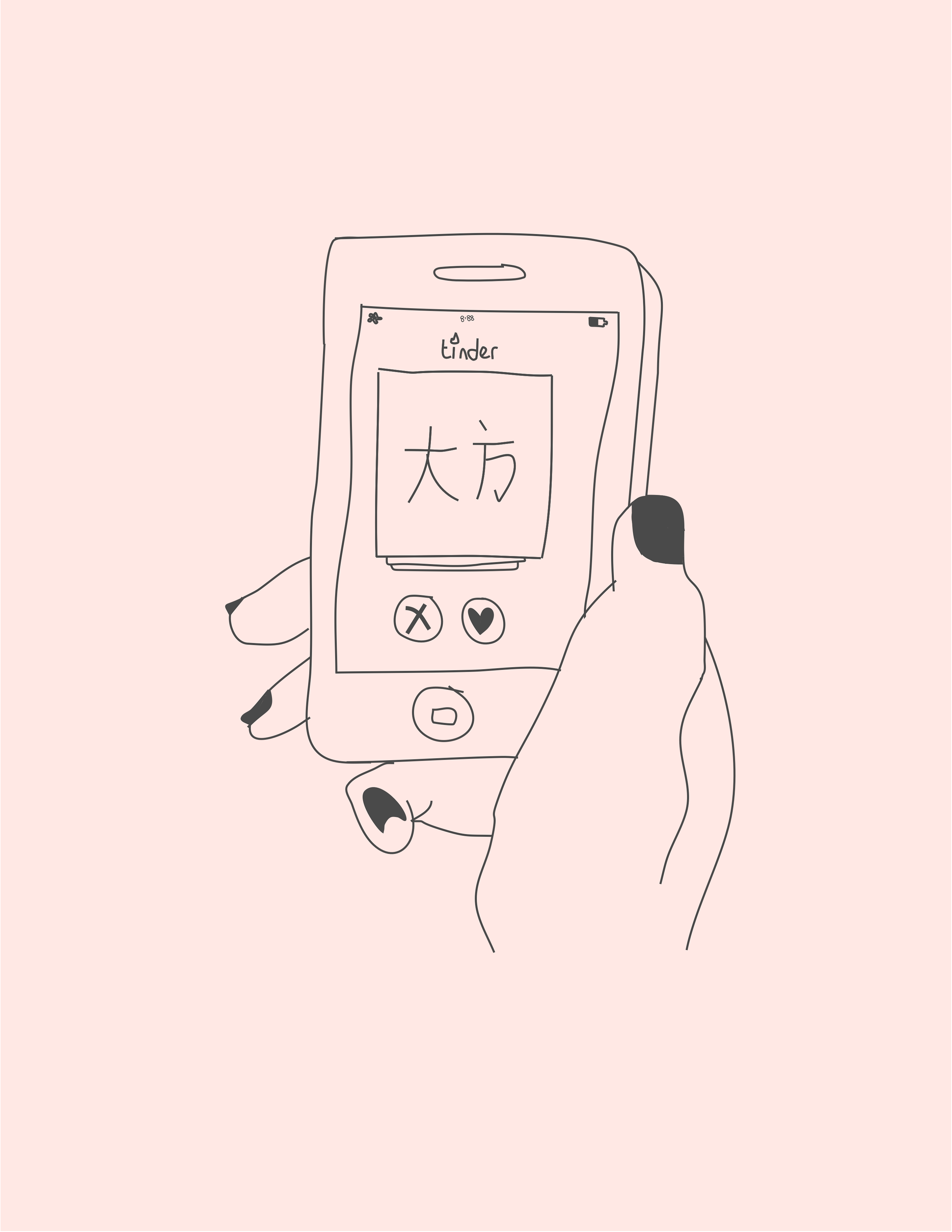 I created this Policy & Change graphic after the Vegas shooting in October 2017. It has since been widely shared, the simple message resonating with many people, including celebrities and activists like Alicia Keys, Zoë Kravitz, Jennifer Lopez, Molly Ringwald, and more. 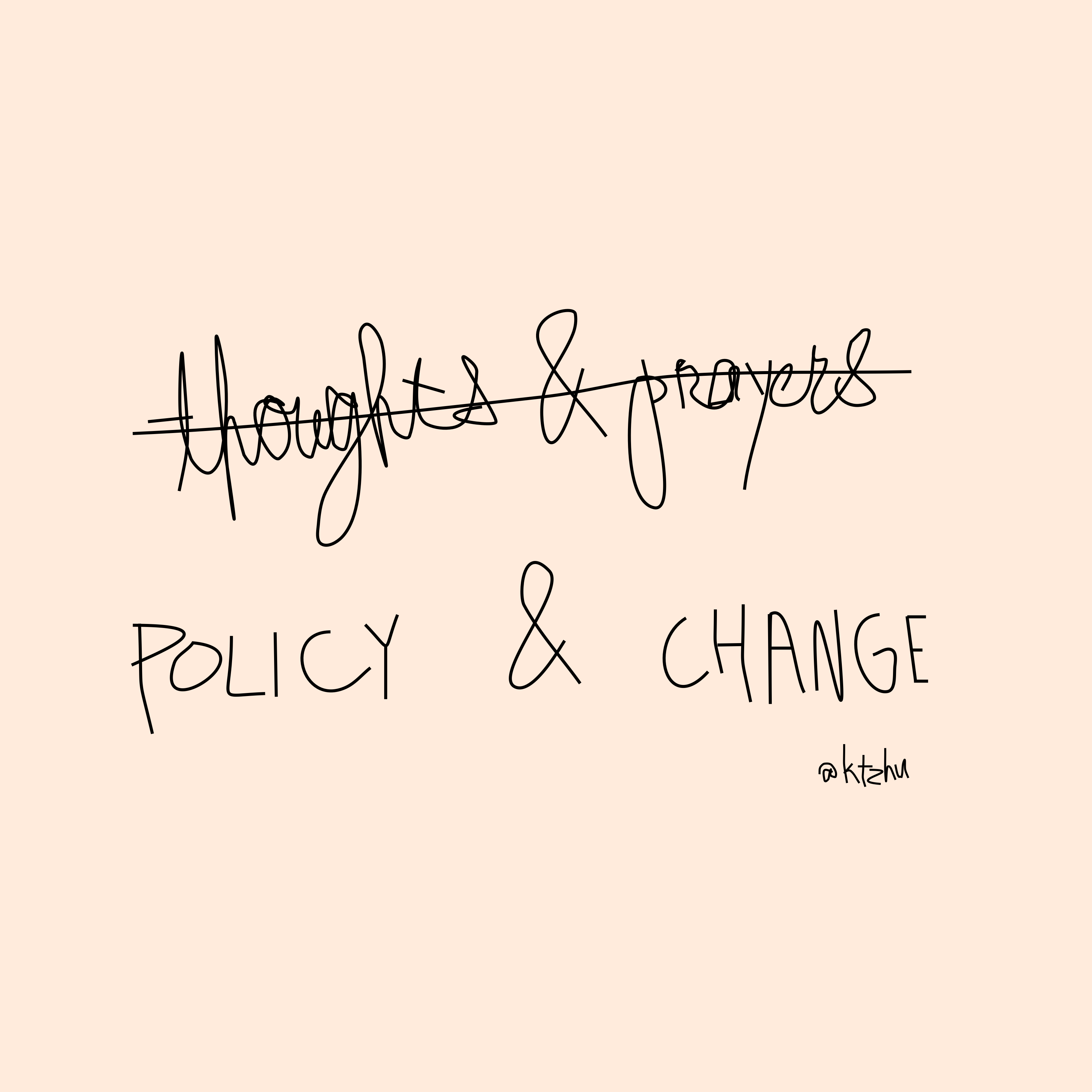 katie is an artist, illustrator and product manager based in Oakland. She loves drawing portraits of women to assert who we are and who we want to be. Her illustrations explore the complexity behind concepts like identity, belonging and empowerment through a strong stylized aesthetic. Trained as a journalist and engineer, her work often leverages both words and visuals to empower, unite and inspire women of color. Get in touch: desk@katie.cm.